Of all the great discoveries in astronomy this past year, the recent developments concerning the TRAPPIST-1 system are most intriguing. Reflecting the Telescope’s nationality, the Planetary System is Named after Belgium’s famous Trappist beer (of which the astronomers used to toast following their discovery). The star an ancient one, slightly larger than Jupiter, and aged somewhere between 5 and 10 billion years, twice as old as our own solar system, which formed some 4.5 billion years ago, making it older than our own solar system. First discovered in 1999, the discovery was presented during the Two Micron All-Sky Survey, though it wasn’t until 2015 that astronomers discovered three Earth sized planets orbiting around it.

On 22 February of 2017 , with the use of NASA Spitzer Space Telescope and the Very Large Telescope at Paranal, astronomers announced four additional exoplanets, totaling in seven temperate terrestrial planets orbited around the ultra-cool dwarf star. These planets are intermediate in size, comparable to Mars and Earth, and three of them orbit within the habitable zone. Much Extraterrestrial life hype?

The planetary system can be described as compact, with each of the seven planets orbiting closer to each other than our Mercury orbits the Sun, resulting in the planets appearing prominently in each other’s skies, some even several times larger than the Moon appears on Earth.  Now that would make one awesome Facebook profile selfie. Take that Tattooine!

A year on these planets ranges from 1.5 Earth Days to 18.8, which carries several implications if we do discover alien life residing on these rocks.

On August 2017, Astronomers using the Hubble Telescope have reported that they may have found initial evidence of water content on the Trappist exoplanets, creating even further buzz of the possibility of discovering extra terrestrial life outside of our solar system. 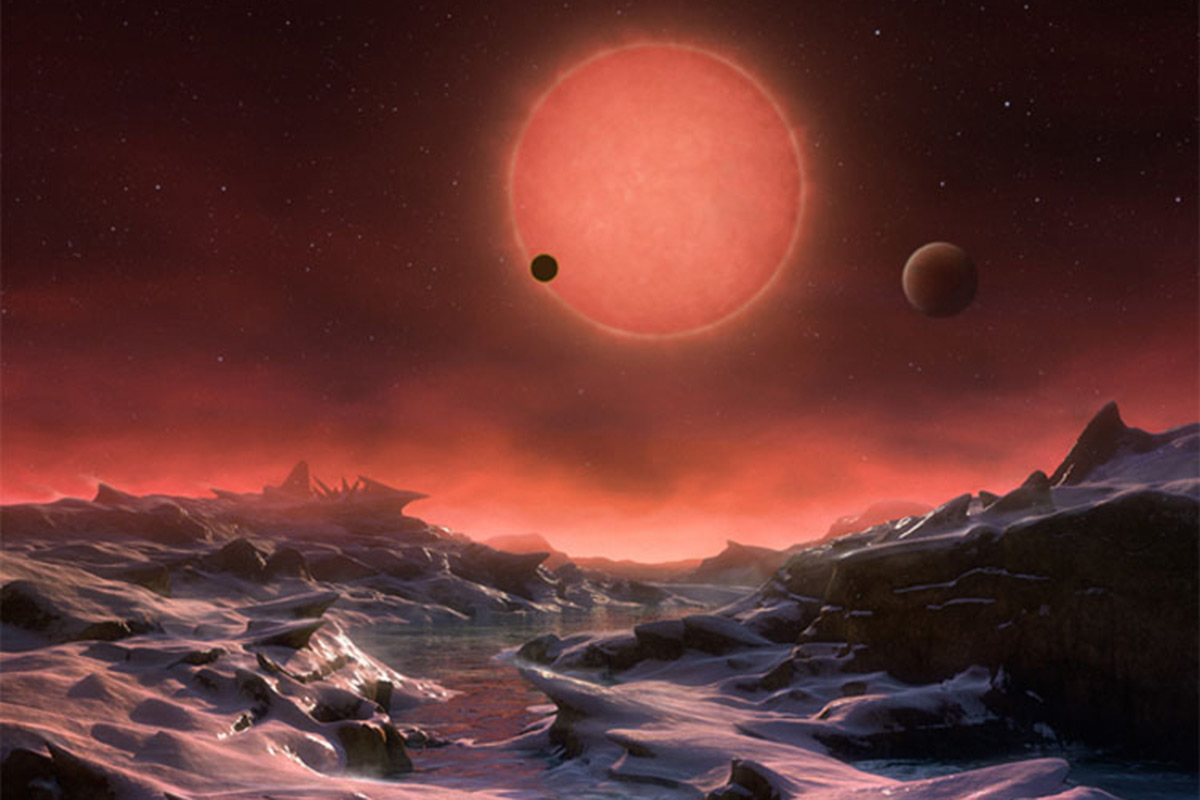